Have a Grape Day!!

Today’s card is a fun, kid friendly card using one of Hambo Stamps many fruit kids images. I think that this is going to be fun for a special little guy that I am behind on my correspondence to. What do you think? Isn't he cute!

Card Recipe:
Thanks for stopping by!
Lyn
Posted by Lyn at 11:53 PM 3 comments: 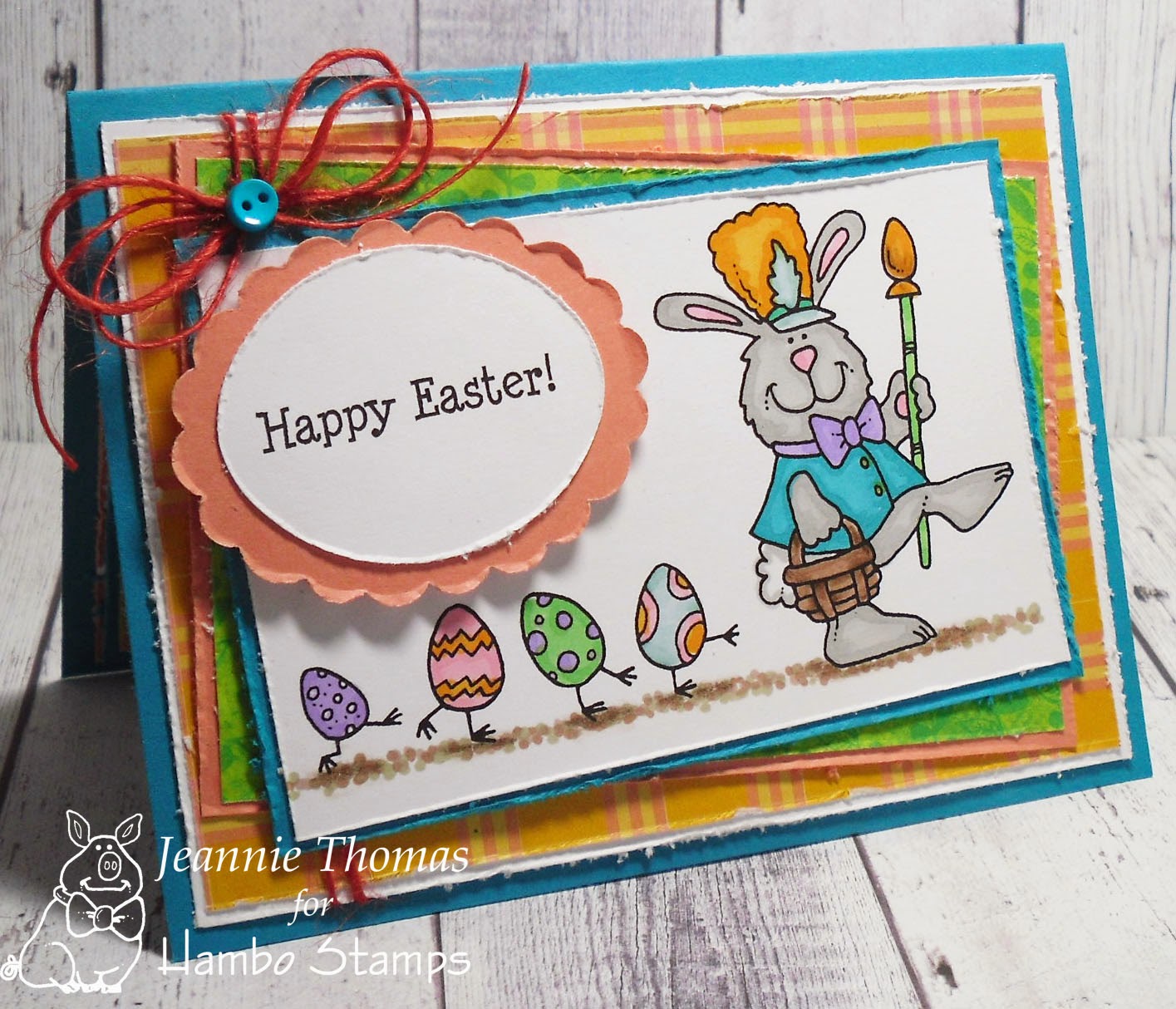 To You and Yours ~ Near and Far ~
A Very, Very Happy Easter to all of you!!
Enjoy the day, and don't eat too many jelly beans!!

Jeannie
Hambo Stamps Design Team
Posted by Jeannie at 10:58 AM No comments:

An Easter Bonnet Full of Fun! 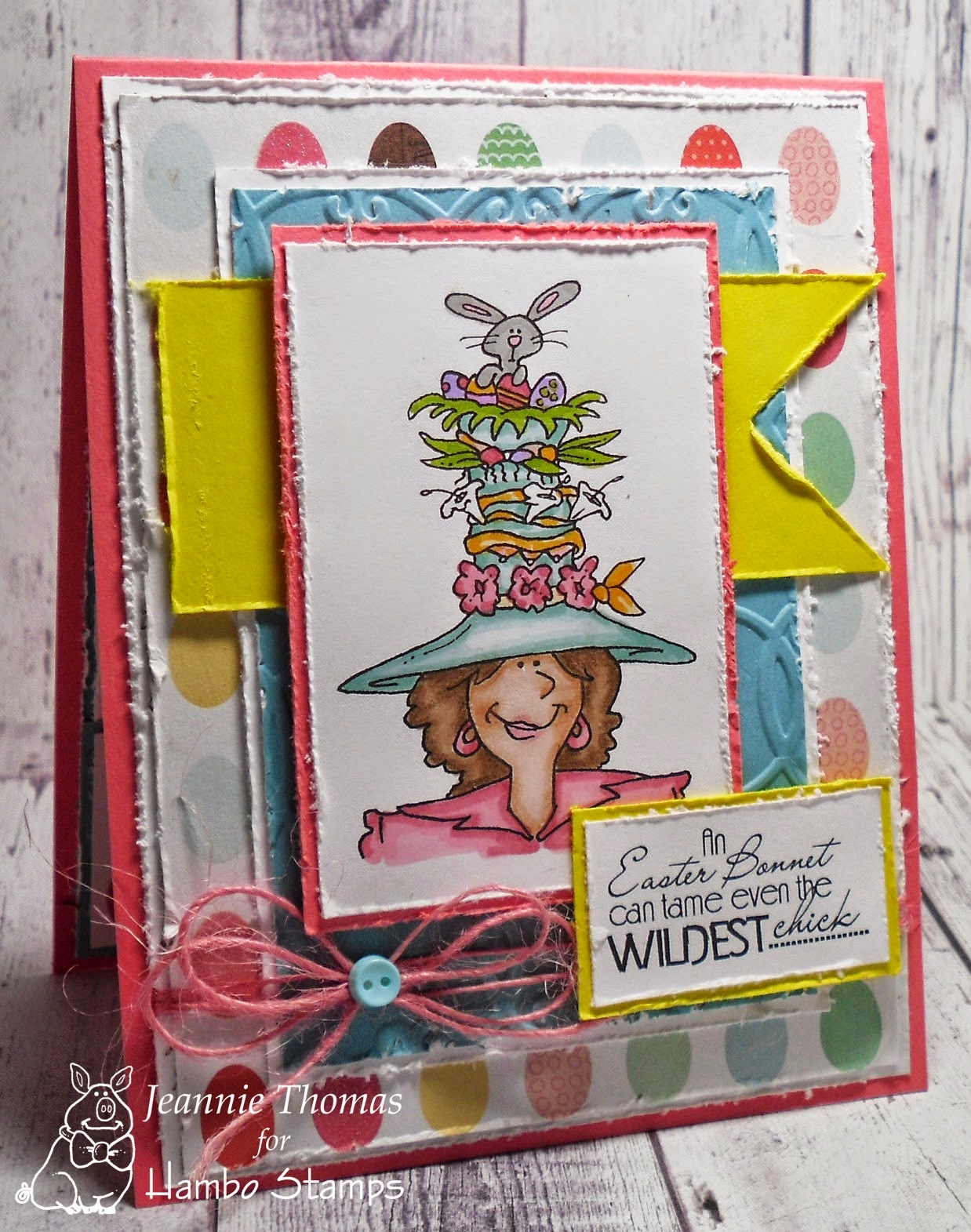 I can't remember the last time I actually wore a bonnet or a pretty hat for that matter, but I believe it probably would have been one that my Mom got me for Easter when I was young.  My Sister and I always had matching ones, and they were white.  We'd love to hear your Easter Bonnet story too!
This party chick sure is ready to have some fun, isn't she?  The little rabbit on top is just the crowning touch I think!
It's Thursday, but if you're a working gal like me, and you're lucky enough to have Friday off, then it's really Friday....yippee!!

We had so much fun "screening" some of our favorite Kevin Bacon movies in our "Ham & BACON" blog hop, and we hope that you did as well. All of our blog hop projects are still available to see if you missed them: just follows the links from THIS blog post, and they will take you directly to each specific hop post along the way. How many of the depicted Kevin Bacon movies have you seen?

As promised, we have some winners to announce. First up is the $15 Hambo digi shopping spree, awarded to a random hopper who left a comment at each blog along the way. That award goes to ... Dawn Barrett!! Congratulations Dawn! Just email me the list of digi images you'd like to have.

Our second prize is for the "Best in Show" creation -- awarded to the non DT participant who made our favorite project, as voted on by the Bacon Bits. The winner of this hop's $20 Hambo site-wide shopping spree is .... Paula Riley .... for her clever depiction of  "Tremors." I think we all loved the side-step card featuring the rattlesnake & cacti. Congratulations Paula! Please email me your list of the $20 worth of product from our store that you'd like.

Thanks to everyone who hopped with us, and left comments along the way, and especially to those who joined us in making BACON-inspired projects! We hope you'll join us again for our next themed hop.

Have a great holiday weekend!
Posted by Hambo Hoedown at 8:00 AM No comments: 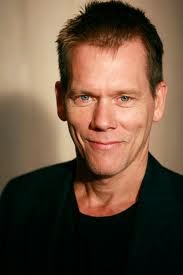 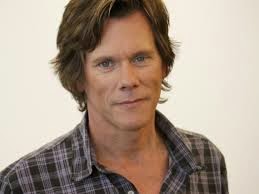 Monica
Posted by Hambo Hoedown at 8:00 AM 13 comments:

Not sure why, but today's image from Hambo, called "Bird Hero", has been calling to me for some time. I finally answered the call and it was a fun one to color! Don't you LOVE him!

Today's card combines this little guy with this week's sketch challenge at Splitcoast Stamper's Challenge (SC482). I decided to pull some of my stars and stripes papers from my stash for this one and I am pretty happy with the result.

Card recipe:
Have a great week and ...DON'T FORGET THAT THE BACON BITS AND FRIENDS OF HAMBO ARE HAVING A BLOG HOP ON FRIDAY! Come hop along with us!!

How could you not feel loved by this critter!?! 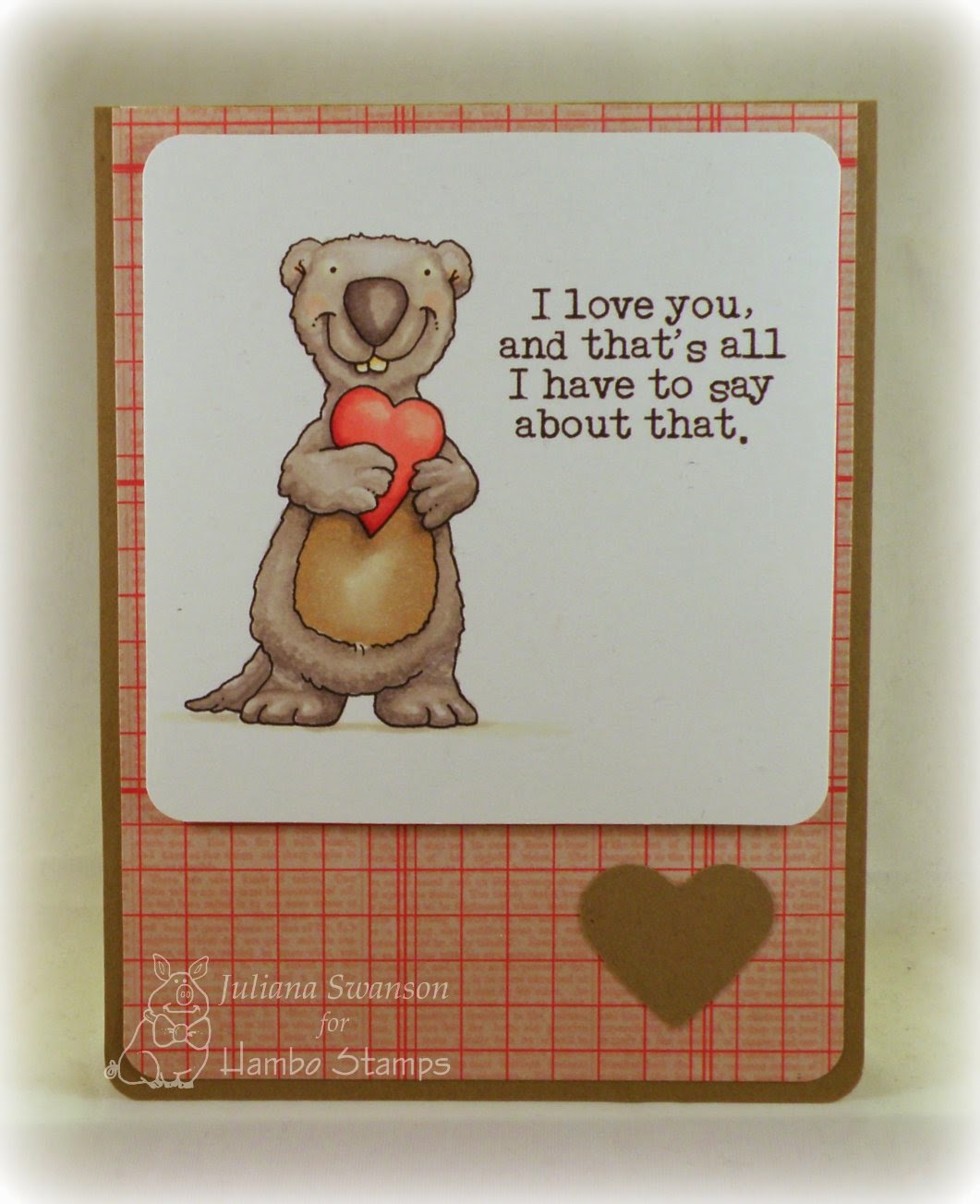 I think this guy is a cutie!

Speaking of cuties!  Kevin Bacon is a cutie! ;)
We, the Bacon Bits and select Hambo Fans, are having a blog hop, April 11th celebrating the screen accomplishments of Kevin Bacon!

I sure hope you can join us! 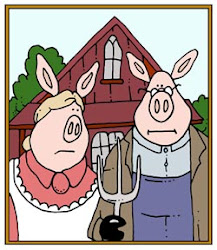